This checkout page is currently inactive

ARE YOU SERIOUS ABOUT PLAYING

ARE YOU SERIOUS ABOUT PLAYING

IT LITERALLY HAS EVERYTHING YOU NEED TO GET RECRUITED TO PLAY COLLEGE SPORTS. 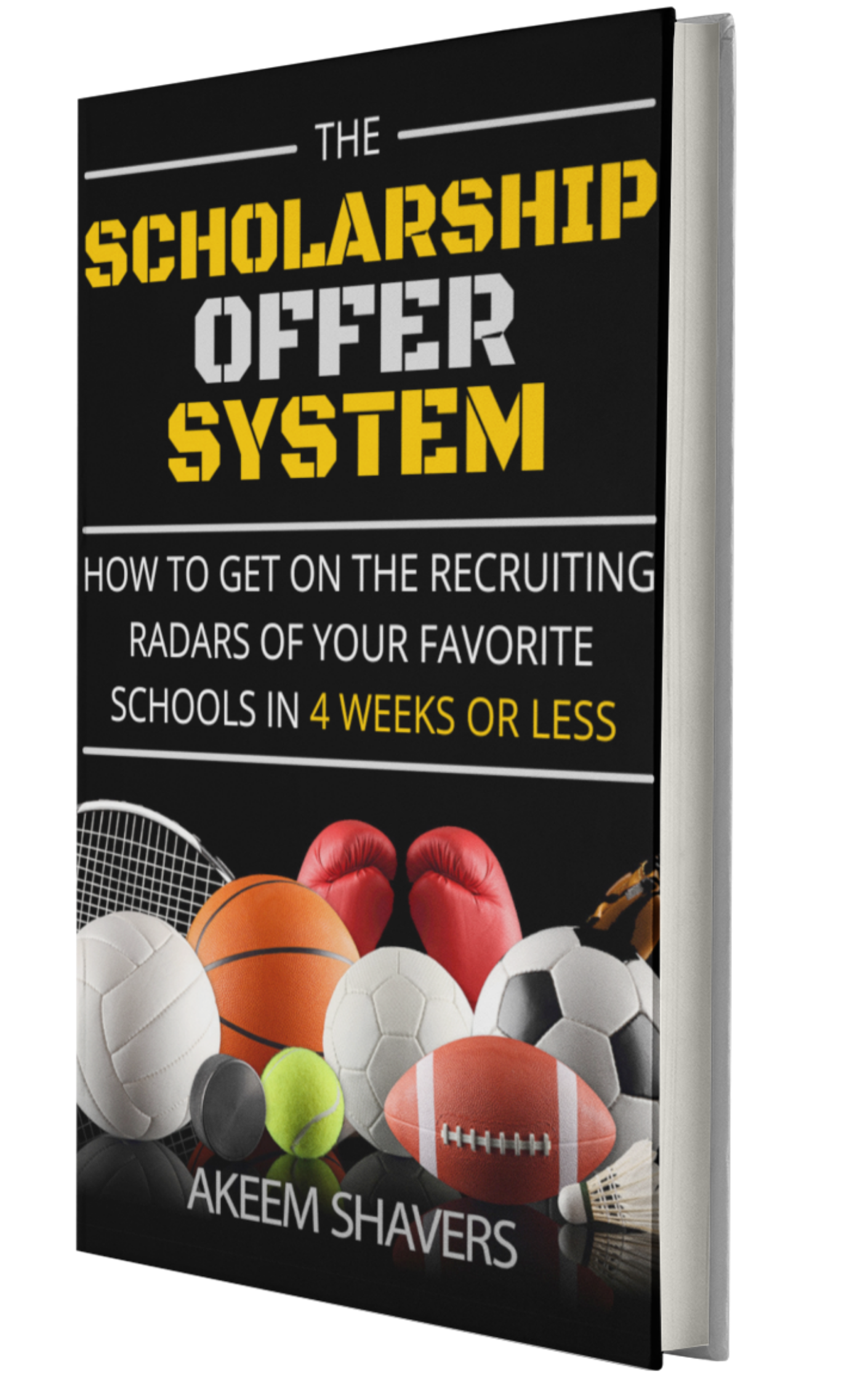 YOU WILL GET THESE BONUS ITEMS INCLUDED FREE

Get your Scholarship Offer System Guide shipped to you, plus instant access to all of these bonuses - a $255 value for only the price of shipping! 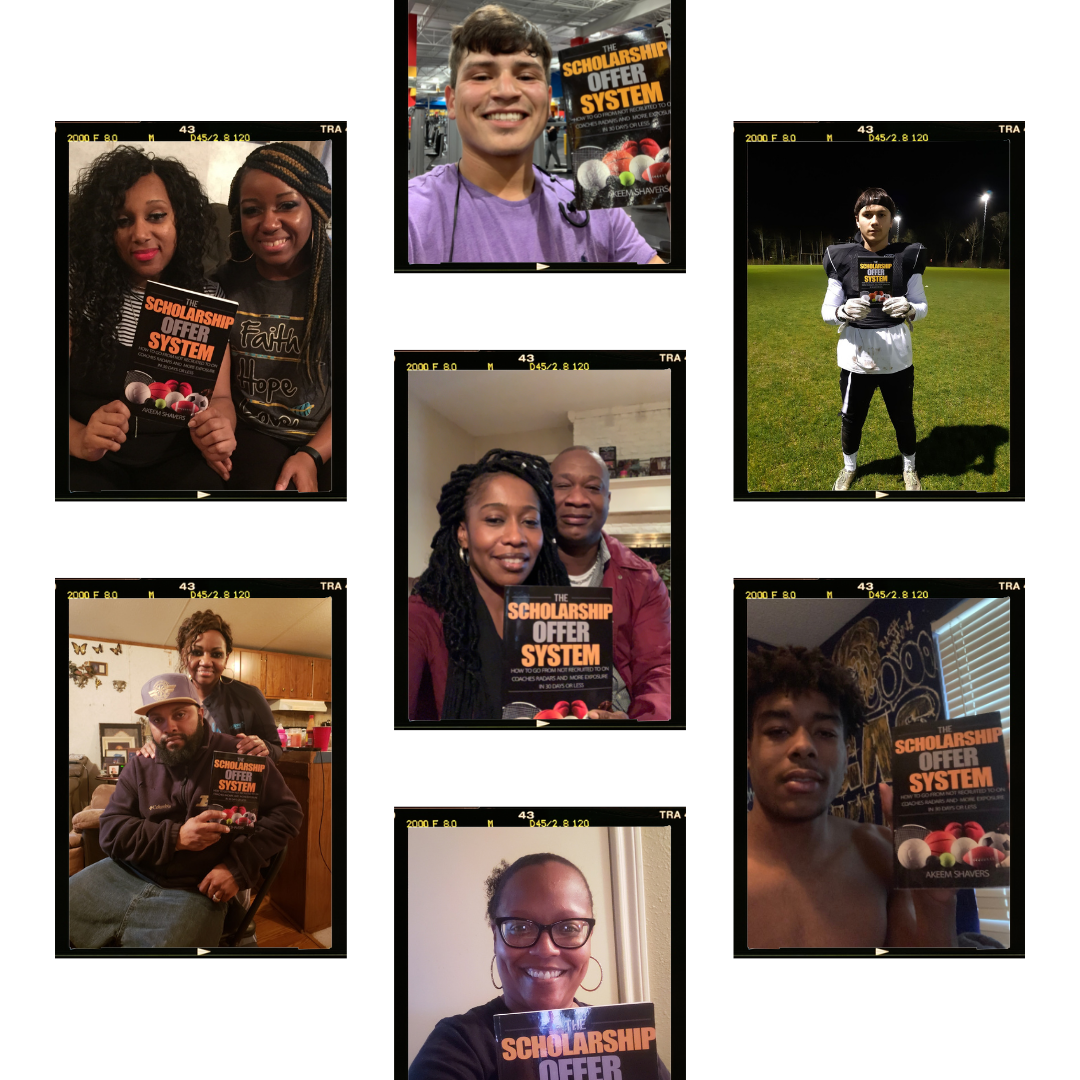 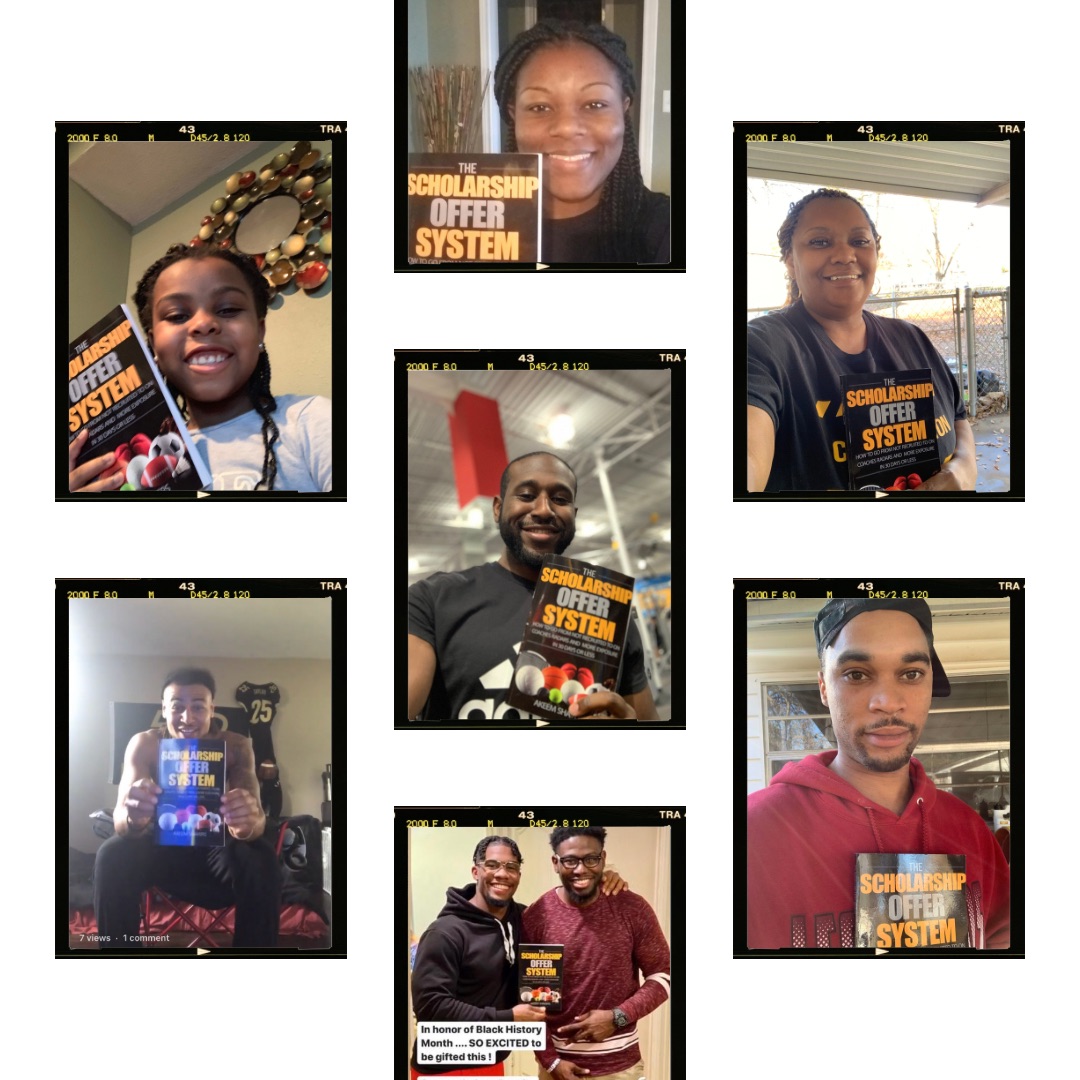 WHY I WROTE THIS GUIDE

I wrote this guide because every year hundreds of thousands of athletes get overlooked by college coaches, not because they lack talent, but because these coaches don’t know that they exist. I was one of those athletes and I was determined not to be in that category.

So after a bunch of trial and error, I figured out what was actually working for me and what wasn't, what was a waste of time, and what college coaches were actually looking for. I put it all together and broke the code and was awarded several scholarship offers before ultimately signing with Purdue University.

People in my local area caught on and started asking for help. I initially started helping people one-on-one during my downtime from being a full-time student-athlete and while chasing a professional football career. As I was helping more people, I realized that I was the bottleneck in the process and that I could help more student-athletes and their families if I could somehow put it in an easy-to-follow guide.

MANY TALK ABOUT GETTING TO THE NEXT LEVEL BUT FEW SHOW YOU HOW TO DO IT! 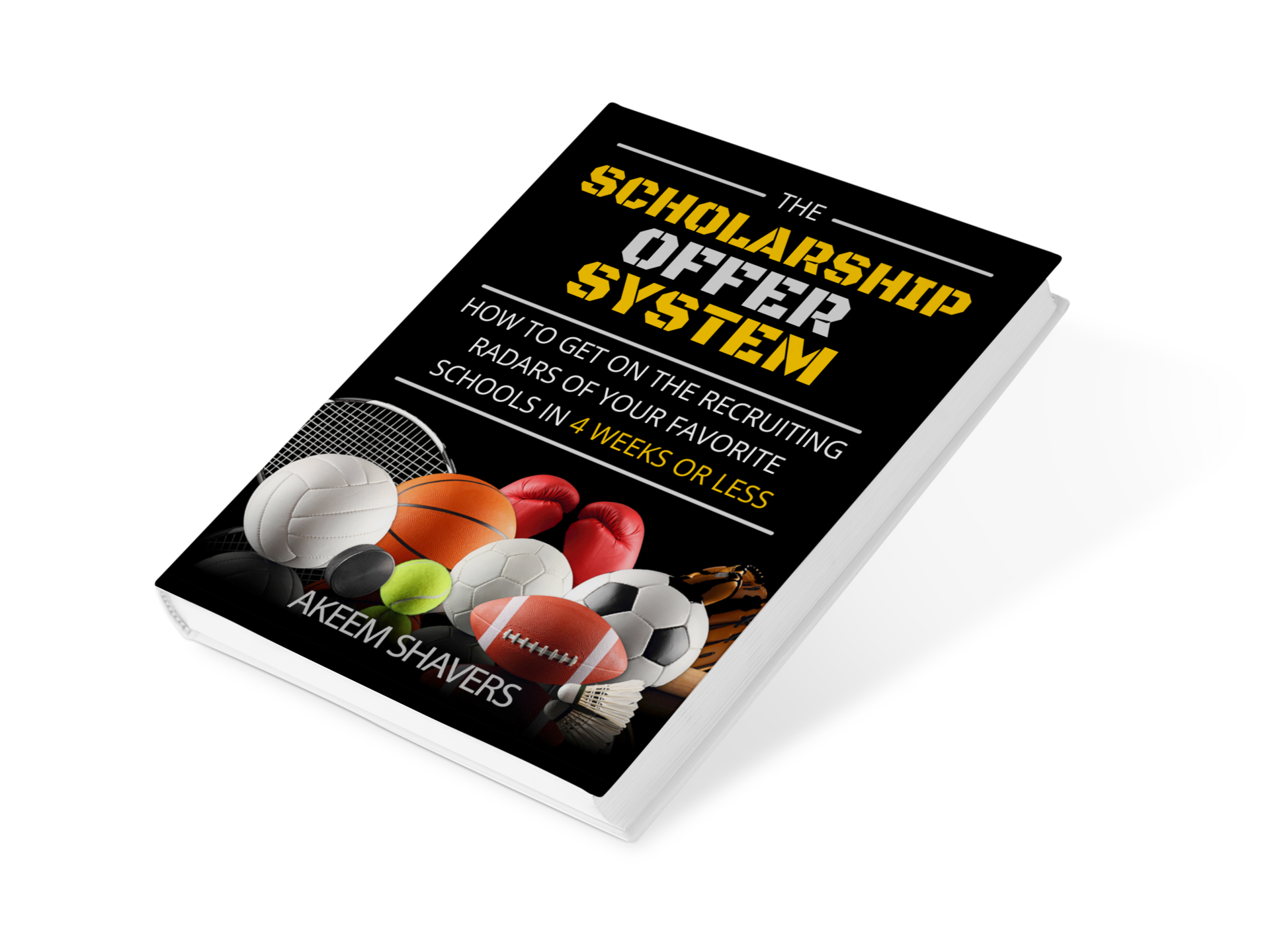 How athletic recruiting actually works and how student-athletes can reverse engineer the recruiting process for faster and better results.

How to PROPERLY register with the NCAA Eligibility Center, so that athletes can avoid any hiccups during enrollment.

The correct way student-athlete should structure their class schedules so that they meet all NCAA academic requirements, which makes them more desirable to college coaches.

How to stand out in a crowded post-COVID recruiting space so that athletes get the most out of their efforts on and off the field.

How to choose the best camps and showcases so that you're getting in front of the right coaches every time and not wasting time and money.

And a lot more!

This step-by-step guide allows student-athletes to get on the recruiting radar, no matter when they're starting the process and even if they aren't the best player on the team..

Just Stop for a Second and Ask Yourself:

IF ALL THIS GUIDE DID WAS HELP ME FIGURE OUT WHERE TO START, WOULD IT BE WORTH IT?

IF ALL THIS GUIDE DID WAS HELP ME GET NOTICED BY MORE SCOUTS, WOULD IT BE WORTH IT?

IF ALL THIS GUIDE DID WAS HELP ME QUALIFY ACADEMICALLY, WOULD IT BE WORTH IT?

IF ALL THIS GUIDE DID WAS HELP ME GET ON THE RADAR, WOULD IT BE WORTH IT?

One thing that I realized about life while going through the recruiting process is that sometimes, we don't know what we don't know. Sometimes we can be so close to our dreams and all we need is that little push to get us over the edge.

That push could be as small as someone saying they believe in us, or it could be a small piece of information that can turn things around.

I KNOW YOU WILL ENJOY!

IN THIS GUIDE, YOU ALSO WILL LEARN:

How to find the coaches and schools that are the best fit and how to communicate effectively with those college coaches.

How student-athletes can set themselves up for success academically by taking the correct classes.

How student-athletes can set themselves apart in a crowded recruiting space by proper goal setting and preparation.

SO WHAT TO DO NEXT?

There are a couple of things you can do now:

Number 1: You can pass on this opportunity and wing it, and leave it up to chance. And hope that the other student-athlete next door or across the country decides to skip on it as well.

Number 2: You take action now and get started on the right path to athletic recruiting success.

Thank you for checking out The Scholarship Offer System, to move forward, you just have to claim your free guide below, and I'll send it to your doorstep ASAP.

I KNOW YOU WILL THANK ME LATER

is a father, husband, and former D1 and professional football player as well as the author of The Scholarship Offer System. He's from Redwater, TX where he attended Redwater High School, while being a multi-sport athlete, football was his favorite, even though he nor his team weren't the best. In his Junior year, the Dragons went 0-10 for the season and 3-7 his senior season. He was only able to compete in five games his senior year due to a season-ending injury.

With no interest from any schools and him not being much of a college prospect, he took it into his own hands. With a little bit of hard work and meeting the right people, he was able to receive several scholarship offers, and ultimately inked a letter of intent to attend Purdue University.

While at Purdue University he was able to help the Boilermakers make appearances in back to back bowl games, make it to the Big Ten's Top 150 Most Important Players List, Multiple MVP awards, be named to the All-Decade Team for Purdue University as well as, a Second Team All-Big Ten Selection.

After his time at Purdue University, he signed with the Tampa Bay Buccaneers, New England Patriots, Ottawa RedBlacks, and the Edmonton Elks.